The Band consists of ten pieces including four lead singers, one who doubles on piano, one on percussion and one on trumpet. A three piece horn section (trumpet, Saxophone and Trombone) and a tight four piece rhythm section. BroadSound is extremely versatile and performs all the top dance hits from pop/ rock to hip-hop, country, jazz, reggae, and salsa.

The Band’s inspiration comes from band leader Aaron Broadus. Aaron is a professor of music at Georgetown University and has performed with such artist as the Temptations, Aretha Franklin, Ray Charles, Pattie Labelle and Common. Members also boast tremendous performance experience.

Bassist and composer Hamilton Hayes is the former musical director for R&B stars Mario and Mya, He co-arranged Mario’s number one hit “Let Me Love You” and has orchestrated songs for Yolanda Adams and the world re-known Philadelphia Symphony Orchestra. Hamilton has also served as the bassist for artists Clark Terry, William “Keter” Betts and Grammy Award winner Stephanie Mills,

Lead vocalist Alison Carney has performed with artists Dwele, Sy Smith and Grammy nominated artist Raheem DeVaughn. She is the former lead vocalist and co writer for the R&B group Yamama’Nym where she performed across the country and in Asia.

Pianist/Vocalist Stephanie Thomas is a songwriter and workshop clinician. She received her degree in music from the College of William and Mary where she studied both classical and Jazz music. Stephanie has received scholarships to perform in Pavia Italy and is a choir director at her church. She also performs with the all-female inspirational group HerSanctuary and is currently in the studio working on her debut CD.

Guitarist Robbie McDonald has been touring since he was a teenager. He has performed with artists Omar, Sy Smith and Grammy nominated artist Raheem DeVaughn and Crissette Michelle. Robbie also writes and produces for Discovery HD and CSTV under the initials rdm.
BroadSound Demo Video 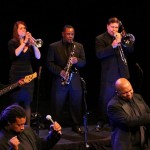 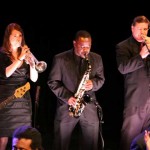 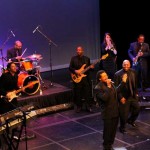 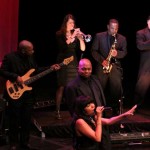 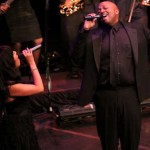 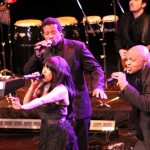 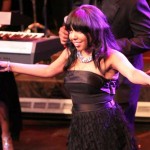 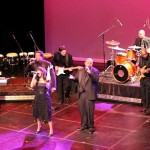 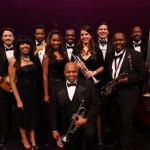