Skip to content
Alain Nu – Mentalist
 (3)
Write a review Review
Video Info Photos
Throughout his entire life, Alain Nu, The Man Who Knows, has been looking at life with an unusual perspective and doing amazing things. Starting at a very early age, with interests in uncanny phenomena, hypnosis, eastern mysticism and illusions, Alain realized for himself a fantastic world of possibilities and interesting explorations.

Always trying to understand the line between what is real and what is not, what is possible and what is impossible, Alain Nu now challenges you to explore how we are all strangely connected through a mysterious energy which he then demonstrates with amazing accuracy! His audiences all share a common sense of awe, exclaiming: “I don’t know how to explain that;” “No way, no way;” and “I don’t believe in magic. But, I saw it happen. And, I believe what I saw.”

Headlining at casinos and theaters all over the world, and as a regular at Caesars Palace Las Vegas for four years, The Man Who Knows is at the top of his performance game. Alain Nu is “the modest explorer, the gracious and kind tour guide leading the audience into investigations and ultimately mysterious realms,” says Donn Murphy, Ph.D., Executive Director of The National Theatre. “It works beautifully…with electric energy, enormous imagination and warm appeal.”

2017, Alain has just returned from a five show gig in Dubai opening the new Cafe Milano and performing for notables such former DC mayor, Adrian Fenty, Prince Andrew and Princess Bridgette. Between January and May of 2014, Alain was an honored guest-headliner performing as the premier mind-reader in Norwegian Cruise Line’s brand new specially designed, Illusionarium Theater, which showcases the world’s most amazing talent. The show began January of 2014, with its maiden voyage on-board NCL’s ‘The Getaway,’ their latest model luxury ocean liner. Heading first, from Germany to Amsterdam, then to Superbowl XXLVIII in New York, and then finally to the Caribbean, where it docked between Miami, St. Maarten, St. Thomas, and the Bahamas.

Closer to home Alain has a continuing residency at the Watergate Hotel appearing Tuesday's and Sunday's at the Top of the Gate and Kingbird Restaurant. Check out a very special show coming on February 16, 2018 there. Copy and paste the following link to purchase tickets: https://www.eventbrite.com/e/alain-nu-the-man-who-knows-tickets-38844125826?aff=es2

In his four-part television series, “The Mysterious World of Alain Nu,” he is seen dazzling the minds of on-the-street audiences all over America with a powerful and creative collection of stunts and feats that defies mental perception.

In his book, Picture Your ESP! Reveal Your Hidden Powers with The Nu ESP Test, which was ranked #1 in Hot New Releases in ESP on Amazon.com, Alain Nu shows us how we all potentially have a surprisingly accurate intuition of our own that seems to defy rational understanding.

In his one-man show Invisible Connections, Alain Nu utilizes these untold powers to foretell our futures, reveal our unspoken thoughts and create a delightfully entertaining evening of mysterious phenomena that centers on this apparently invisible energy. “Nothing is impossible in my world,” says Alain Nu. “Think about it. With just our thoughts and words as tools of visualization, we have the beginnings of untold power.”

When he headlines annually at The International Spy Museum with his program, ‘The ESP in Espionage,’ Alain Nu talks about many of the unusual findings made by US Agency-funded experiments while baffling us with a few of his own! Alain has entertained at THREE Presidential Inaugural Balls, for numerous top politicos of Capitol Hill, has publicly predicted The Oscars and The Golden Globe Awards with startling accuracy, and can similarly customize special programs to fit specific themes for all kinds of public and private events.

How does he do it? While Alain Nu is reluctant to reveal his especially sensitive powers, he acknowledges that his uncanny effects incorporate elements of probability, psychology, suggestion, professional techniques and good timing. First, and most importantly, he considers himself an entertainer.

So, what is it that Alain Nu knows? “I know that each of us has a super hidden potential that is real,” he says. But is it possible for us to develop these super powers? “I think that answer lies in our ability to dream,” says Alain Nu.
Washington Post Interview
Mentalist Alain Nu
1 MORE VIDEO » 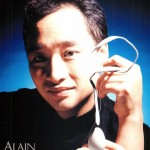 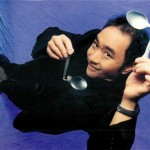 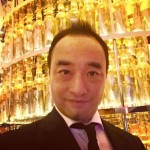 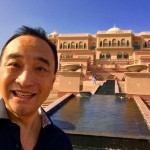